All part reserved. No part of this publication may be reproduced by any process whatsoever, without the written permission of the copyright owner, A.G.B. White, 136 Loftus Street, Leederville, Perth, 6007, Western Australia agbw@bigpond.com

how to get the book?

AMAZON  KINDLE VERSION - YOU CAN BUY IT HERE

FILL DELIVERY FORM AND WE WILL SEND THE BOOK FOR YOU!

Focus of this book.

This book is a discussion about the psychotherapy approach known as transactional analysis, originally developed by Eric Berne in the late 1950s and early 1960s. It has survived until this time which is about sixty years which is quite an achievement. There are not many other psychotherapy approaches that can claim this especially as this approach is not just practiced by a few odd people around the world but has a large number of people still working with it all over the world.

In those sixty years various schools under its umbrella have evolved as one would expect. If that had not happened it probably would no longer be as widely used as it currently is. This book discusses two of those schools in particular, the redecision and relational schools, to see if they can in some way be reconciled, to take the best of both and use them in one overall approach.

This is no easy task as in some ways they are quite disparate and have some quite basic dissimilarities in the theories behind them and different philosophical views about basic human nature and how therapy should proceed. None less so than wide differences in the use of and importance of the transference or therapeutic relationship.

This will be of interest not only to transactional analysts because of this but to any therapist. How can you have a therapy that can be both a one person non transferential therapy and a two person ‘highly’ transferential therapy. Or a therapy that is an exploratory non solution focussed therapy with a short-term solution focussed therapy embedded in that overall exploratory psychoanalytic approach.

Once I had qualified as a CTA (or CM - Clinical Member as it was called then) I quickly took out a contract to train as a PTSTA (or PTM - Provisional Teaching Member as it was called then). Transactional Analysis and redecision were very prominent in my methodology as a therapist and as a way for me to understand the human psyche. After my university studies were over I was fortunate enough to get a two year traineeship or mentorship with a local psychologist who was a psychoanalyst. This meant I was also trained in psychoanalytic child psychotherapy very early in my career. This meant that I also had a grounding in psychoanalysis as well.

I have never taken a substantive break from working as a psychotherapist, so I have been in this field for my entire career. Those who have been influential for me include of course Bob and Mary Goulding as well as John McNeel. When I first started writing for the Transactional Analysis Journal John McNeel was the editor and he also help me considerably in this way. My first serious experience as a client of redecision therapy came when I was 22, at a marathon therapy group run by John McNeel and Ellyn Bader and I still remember that event to this day. I continued to meet John and Ellyn at various workshops over the years. Finally of course there were my parents who were also both transactional analysts and psychologists just like I was. They both were also faculty members of the Gouldings training institute - The Western Institute for Group and Family Therapy - until it closed operations. Whilst I have also had influences from others in the areas of family therapy, sex therapy, drug and alcohol, cognitive behaviour therapy, bioenergetics and so on it clearly is redecision therapy that has been my core approach. However, all this was a very long time ago and it is now 2020, whereas I began my therapist journey in 1977.

Times change and therefore therapies have to as well to fit with the current cultural mores and standards. When I began the Human Potential Movement was in full swing and that now certainly has gone.  Therapy was very different then, therapy training was different as was the whole organizational structure of the profession of psychotherapy.

This is where my journey took another turn and I must acknowledge my partner, colleague and assistant Nataliia Isaieva and the influence she has had on me, none less so than with this book. The motivation for a book that explains how redecision therapy can be done now in the year 2020 and onwards comes a good deal from her. I certainly wish to thank her for that and it may never had happened without her influence on me in this way.

Finally I must acknowledge my clients and my students of which there have been a considerable number over about forty years. It is from them whom I have mainly learned my trade and begun to understand how the human psyche works. Thank you all.

Second the therapeutic relationship or transference

CHAPTER 1. The Power is in the Patient

Redecision relational is about I-ness and we-ness

Get rid of contracts

Relational TA and injunctions (or ruptures)

How Berne saw the demon

Characteristics of the demon

Development of the demon

Further features of the demon

Demon, id and the shadow

Dealing with the demon

MSBP and the authority problem

Summary of motivations for MSBP 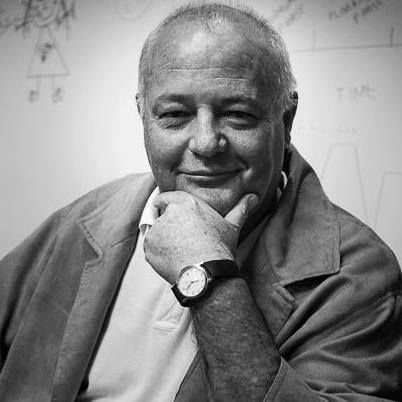 TONY WHITE  is a psychotherapist, a board certified psychologist, a member of the Australian Psychological Society and a member of the International and European Transactional Analysis Associations. TSTA-P-ITAA (Teaching and Supervising Transactional Analyst). He specialises in working with suicidal individuals and adolescents an is also recognised as a specialist of Redecision therapy in transactional analysis.
In 1988 he was awarded the inaugural Goulding Award for his contribution to
Transactional Analysis. In 2011, he received the British Medical Association Medical Literature Award in the Psychiatry section for his book Working with Suicidal Individuals.
During his 40 year practice, he became the author of a large number of professional books and articles, the topics of which are diverse and include various aspects of modern psychotherapy. For more than 10 years he has been holding redecision therapeutic marathons annually in different European countries. He also lives and practices in Perth, Western Australia.